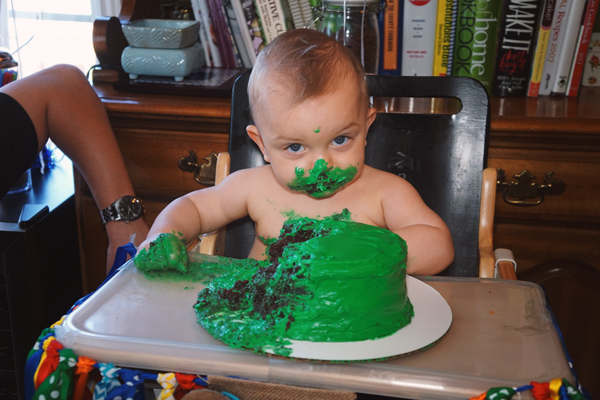 With Harrison being a preemie, this 1st birthday really snuck up on us! The only toy he really loves is this little dinosaur that pops balls up and down. I thought a ROAR dinosaur First Birthday Party was a perfect idea! Here are some of the things that I did for his party. Hope you enjoy! 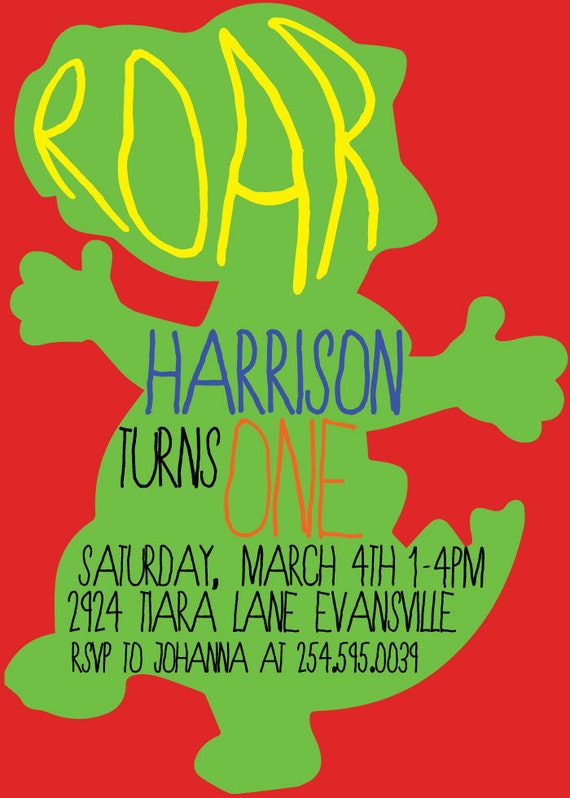 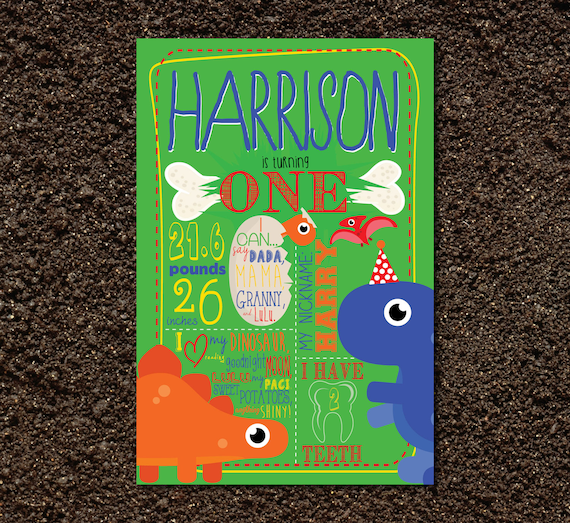 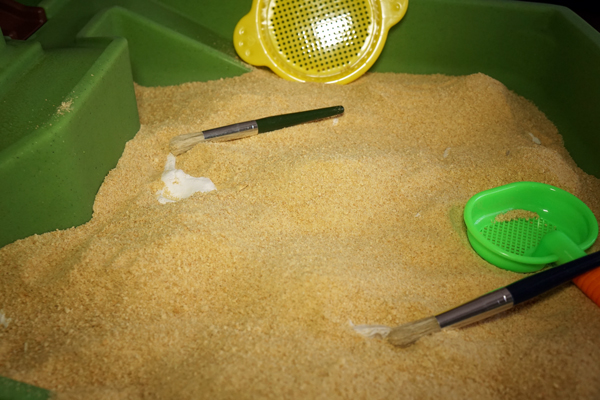 I knew I REALLY wanted to do a Dinosaur Fossil Dig at his party but was struggling with a way to put it together. First, the party was in early March and the weather is unpredictable. I knew I would have to have the dino dig inside. I also knew that I did not want sand all over my house. Little ones also enjoy eating sand and I didn’t want that to happen either. I looked all over Pinterest for “edible sand” and found a couple of decent looking recipes, but they just weren’t the effect I was going for. I then thought about using my food processor and a cereal like Frosted Flakes (the generic kind). Kind of like making a breading for chicken. That would have been a cheap option but I felt that it was going to be too rough. Then I had the perfect idea of using Graham crackers!

Graham Cracker Sand
• 6 boxes of generic Graham Crackers
1) Using a food processor or blender, grind up the graham crackers.
2) Store in zip-lock bags for the party 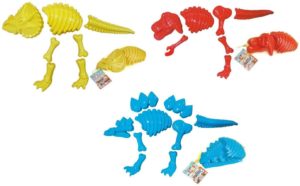 Next came the fossils. I looked and could only find expensive fake dino bones. I didn’t want to spend that kind of money so I decided to make my own. I got these dinosaur sand molds from Amazon and used the Air Dry Clay to fill them. 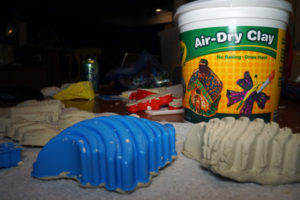 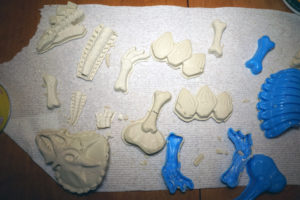 Tips:
• The small pieces tend to crack so be careful removing them
• It took 4 days for the molds to dry, longer for the bigger ones

For the dig, I got these sand toys and used the shovels and pan. Figured this wouldn’t go to waste cause he would use it in his sand box this summer.

The sand box I have is this one: 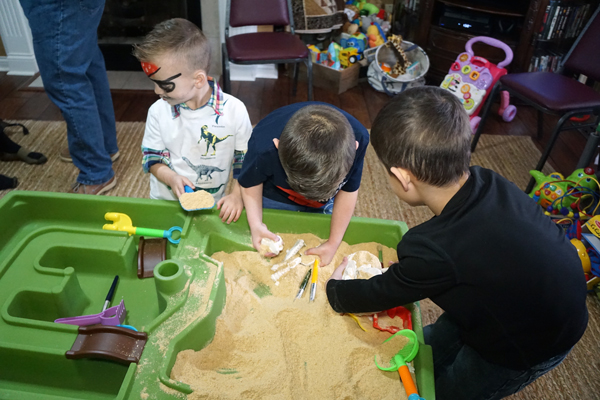 I used my silhouette cameo to make this dinosaur happy birthday banner. Feel free to email me for a custom order of this banner. email: Tags4Tots@yahoo.com 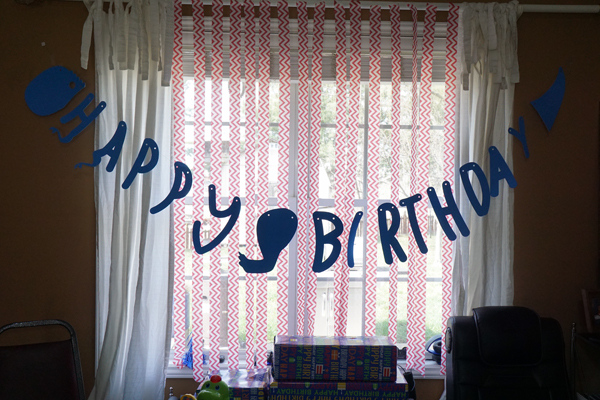 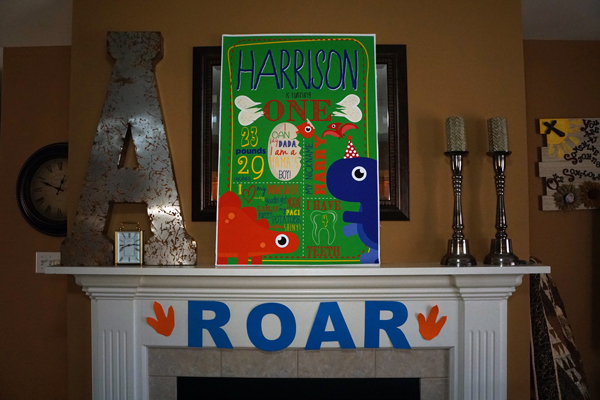 I decided to save the money and just have my mom make cupcakes and my sister made his small smash cake.
I got these dinosaurs from Amazon and washed them and used them for the cupcake toppers as well as part of the Prehistoric dirt! The dinosaurs were 72 pieces for $6.50!!

The Turkey Legs turned out huge! But everyone seemed to love them! 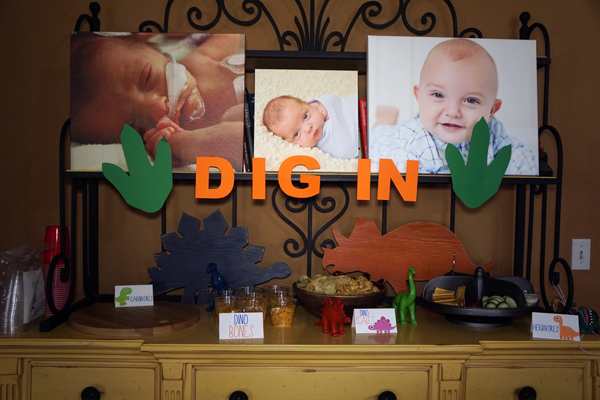 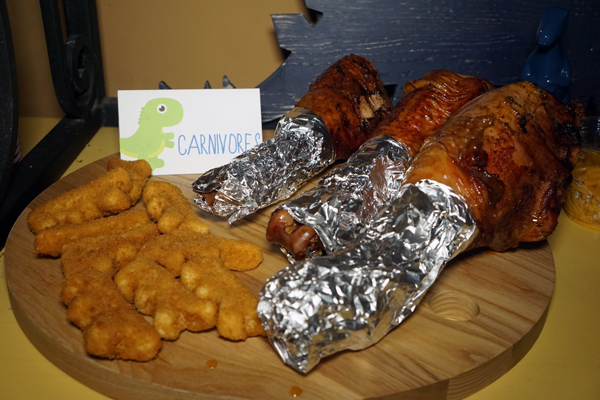 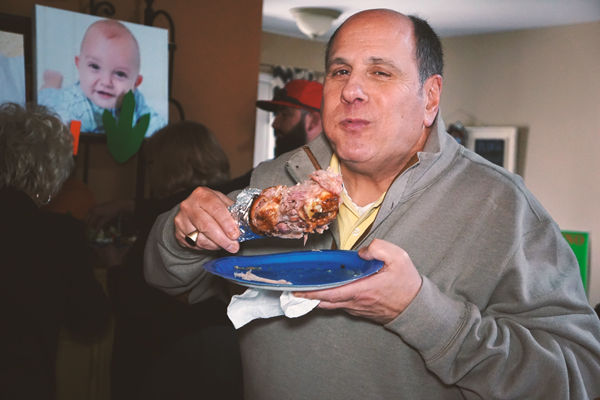 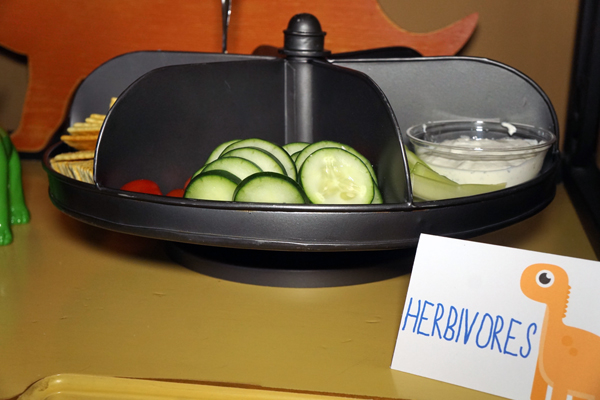 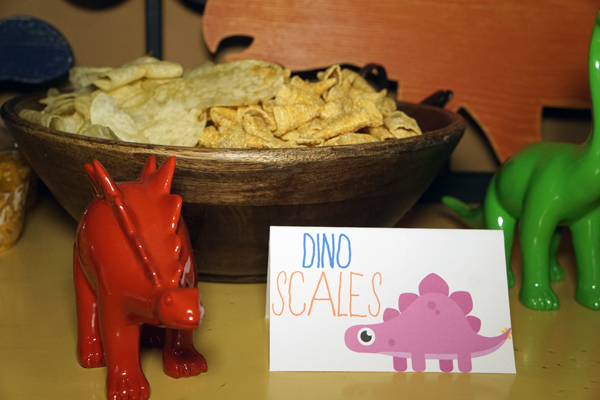 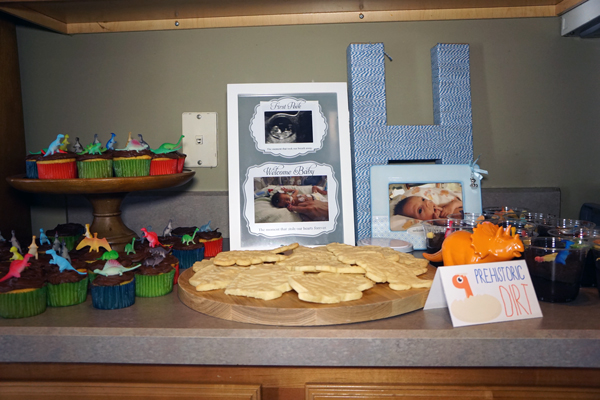 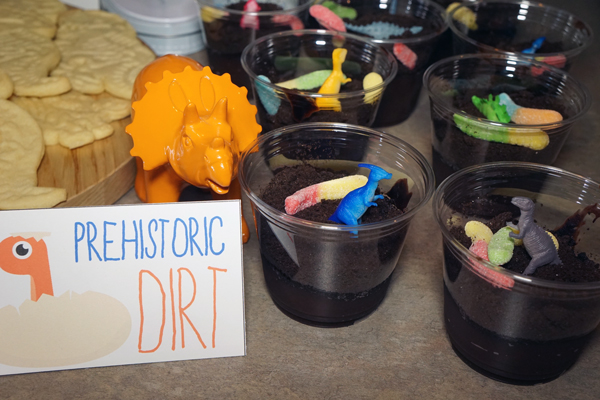 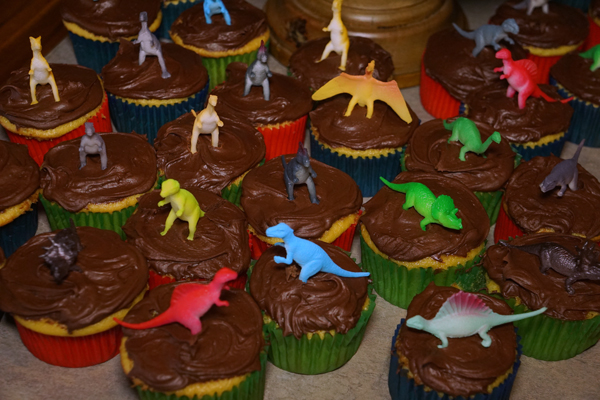 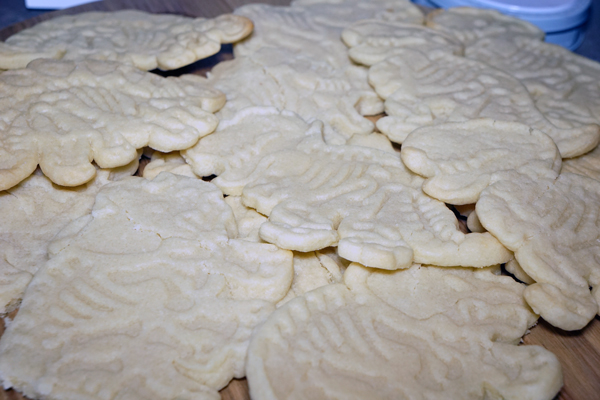 I got this dinosaur cake topper here. I know I could have made one but I was just feeling lazy that day and bought this! 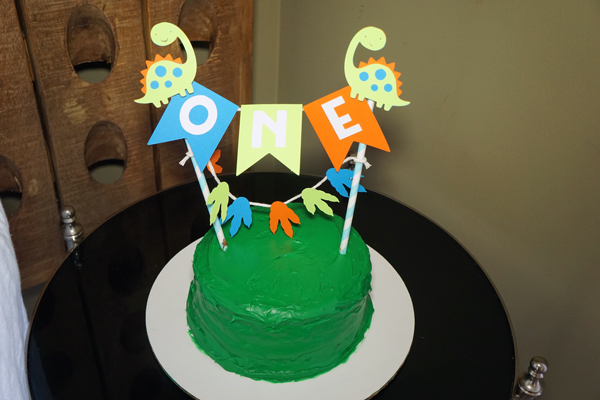 Surprisingly my sister made this smash cake out of a small square cake pan. Used two layers and then hand cut them into circles after they cooled. I decided not to go out and get a smash cake made cause well he was just going to smash it! No sense spending a lot of money on something he was going to destroy.

It took Harrison a while to get into the smash cake but after about 5 min he just stuck his entire face into it!

I decided I wasn’t going to be lazy when it came to his high chair banner. They are really simple to make just take a piece of ribbon and tie other ribbons on them! You can get this burlap banner from Amazon and just take it apart to use as the center piece. Then, I found this dinosaur from Hobby Lobby and glued it in the center. Simple, but effective and at only .77 cents! 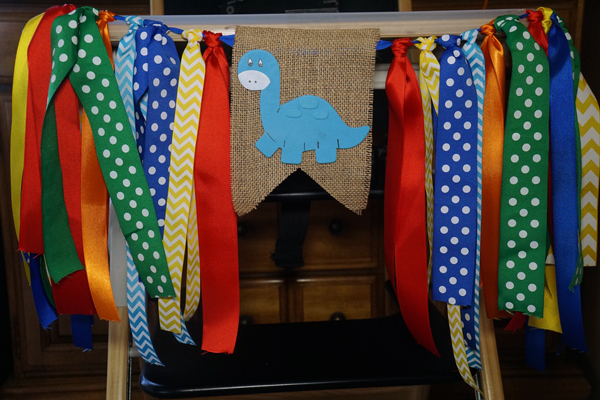 Pin the tail on the Dinosaur

Just like the classic game of pin the tail on the donkey. This was something I created for his party. 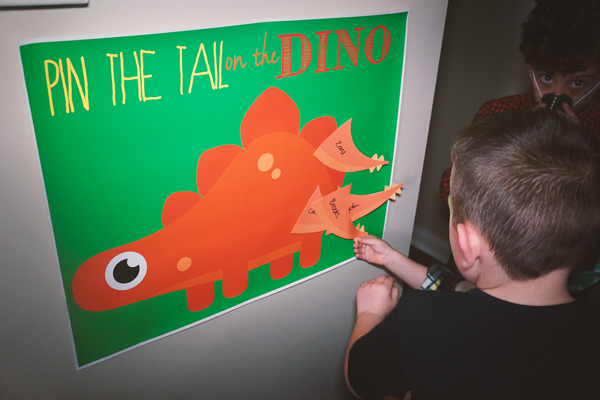 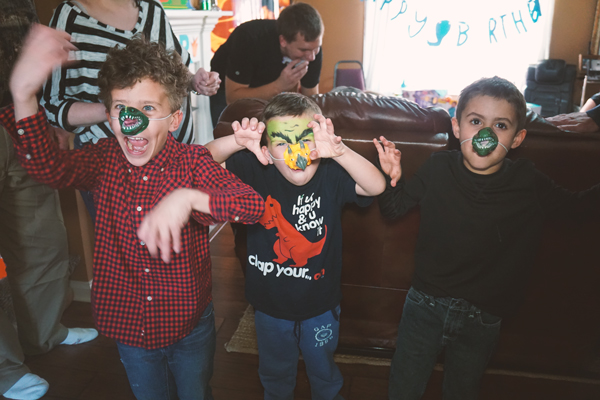 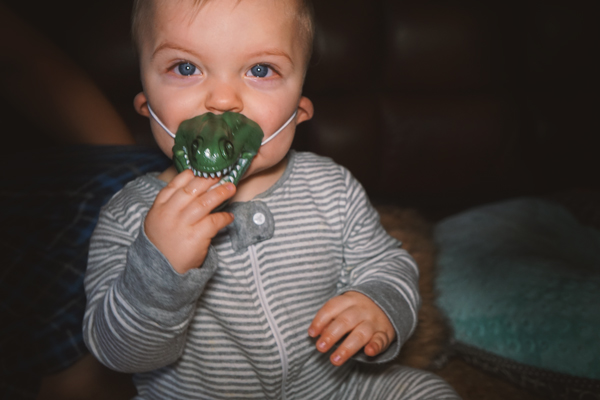 Everybody loved the Dino party! After this last crazy year, we couldn’t believe he is already one!

Thank you for taking the time to read my blog!

Have a great day!